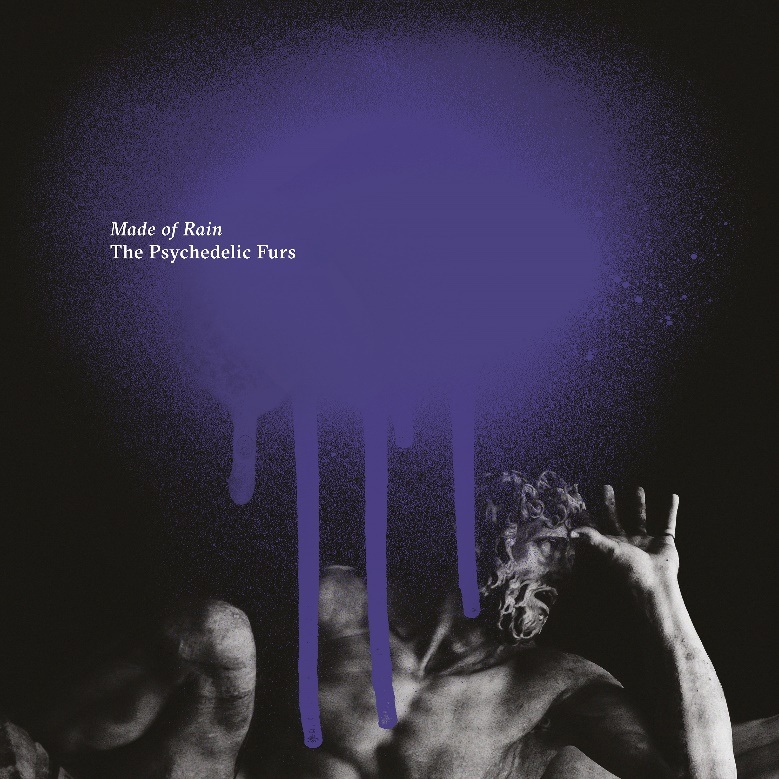 From its exhilarating opening bars, Made of Rain - sounds like The Psychedelic Furs and them alone. It’s a joy to hear again, fresher than ever. Their peerless permutations of art, aggression and ambience drive the dynamics, and it’s always been this originality which has set them apart, a cut above. The album was produced by Richard Fortus and The Psychedelic Furs. Whilst mixing duties were handled by Tim Palmer (David Bowie, U2, Robert Plant).

‘Made of Rain’ is available on Gatefold double 12” vinyl, CD, cassette and digital download with exclusive and signed items available from the band’s Official Store.

In recent years the band have toured continually completing a tour of North America in 2019 and played acclaimed shows at The Hollywood Bowl, All Points East, Hyde Park and Benicàssim. A celebrated handful of UK shows including headlining the prestigious Meltdown at the Royal Festival Hall at Robert Smith of The Cure’s request. This past October, the band played a sold-out tour of the UK and Europe which culminated in a triumphant show at the Roundhouse in London. The band is scheduled to return to the UK next spring including headlining the Royal Albert Hall in London on April 27, 2021. Tickets available at: https://bit.ly/2XdgZU3

The last few years has seen the band’s legend growing, highlighted by the fact they have scored over 150 million streams of their songs worldwide. Their influence since arriving on the post-punk scorched-earth landscape four decades ago has reverberated and resonated from everyone from The Killers to REM to Foo Fighters to Bob Dylan has sung their praises. “I’m aware of the fact that people cite us an influence”, says Richard, “though I don’t often recognise it in their music. It’s gratifying of course, as it is that there’s still an interested and enthusiastic audience for us. That’s an honour.”

Many moons after Pretty In Pink (sort of) inspired that John Hughes movie, Love My Way has featured in Oscar-winning film Call Me By Your Name and The Ghost In You in sci-fi smash Stranger Things showing that The Psychedelic Furs are sounding stronger than ever. As anyone who’s seen the band lately knows, Butler remains one of the most watchable frontmen in the game.

“The Furs – were as dark and driving as the first time I saw them in New York, in 1980, but with more greatest hits. Singer Richard Butler prowled the stage with a limber menace and that scoured-Bowie signature in his voice.” Rolling Stone

“By the time they hit their groove the Festival Hall resembled a student disco.’

“The English sextet’s swooning New Wave sound has influenced a legion of bands, from Echo & the Bunnymen to the Waterboys and the National.” The Independent ★★★★